The Sustainable Development Goals (SDGs) are ambitious targets to eliminate world poverty and food insecurity by 2030.  The SDGs follow on from the Millennium Development Goals (MDGs) which end this year.  Progress was made, but not nearly enough.

Meeting the SDGs by 2030 will be very expensive.  Tomorrow the UN's Third Financing Development Conference ends in Addis Ababa.  Click on the link to read the Guardian’s article which brings clarity to the difficulties in achieving these goals.

And some good news from the same conference:

GRAN is keeping an eye on a critical global meeting taking place on July 13-16th.  The UN Conference on Financing for Development in Addis Ababa in Ethiopia will bring together governments, donors and experts to look at ways to figure out how to pay for the new Sustainable Development Goals (SDGs). Presently, the gaps and needs for sustainable development are immense. The conference will look at ways to help reverse the declining trend in international aid and to pave the way for a new era of fairer development finance rules to tackle inequality and poverty.

The Finance for Development Conference is a major conference feeding in to the UN Summit in the fall. The UN summit for the adoption of the post-2015 development agenda will be held on September 25-27 in New York.  At this important meeting, the new Sustainable Development Goals (SDGs) will be ratified and these new goals will drive international development for the next 15 years.

We applaud Canada as one of the major donors to the Global Financing Facility in Support of Every Women and Every Child.  However, we feel that Canada needs to make a stronger commitment to education in development, to recognize that education is a driver to all development sectors and to understand the role that girls’ education plays in poverty reduction and economic growth.

Canada needs to be at the table and be visible in Ethiopia. We want our government to know that we feel education deserves a higher priority in our development agenda, to make more of a commitment to getting the world’s children into school and increase its commitments to ODA (Official Development Assistance), especially in the education sector.

If you are up to a grassroots action this month, you might want to call or email your own MP asking to make basic education for all a higher priority in our development agenda, to increase our ODA commitments to education in development and that Canada will actively participate in the Financing for Development Conference in Addis Ababa.

To find your MP using your postal code and the contact information go to http://www.parl.gc.ca/Parlinfo/Compilations/HouseofCommons/MemberByPosta...

For more background information on this meeting in Ethiopia, go to http://www.un.org/esa/ffd/ffd3/blog/pave-the-way-for-new-era.html

For more information on the SDGs go to http://www.theguardian.com/global-development/2015/jan/19/sustainable-development-goals-united-nations

How Badly Are We Doing in Distributing COVID Vaccines to Those that Need Them Most?

Listen to this 20-minute segment from CBC radio program The Current on the growing call for vaccine equity. Pauline Worsfold, a registered nurse and a member of the Canadian Federation of Nurses... Read more 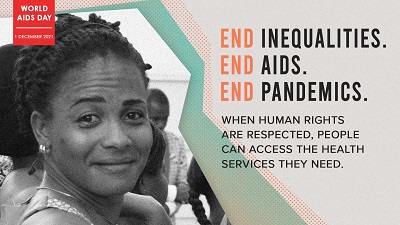 This World AIDS Day, UNAIDS is highlighting the need to end the inequalities that drive AIDS and other pandemics around the world.  Economic, social, cultural and legal inequalities must be... Read more

The United Nations is marking the 16 Days of Activism Against Gender-Based Violence from 25 November to 10 December 2021 under the global theme set by the UN Secretary-General’s UNiTE Campaign:... Read more

Congratulations @anitavandenbeld on your appointment. @GRANadvocates looks forward to continuing to work with you t… https://t.co/YV5PvsHzfl 13 hours 56 min ago